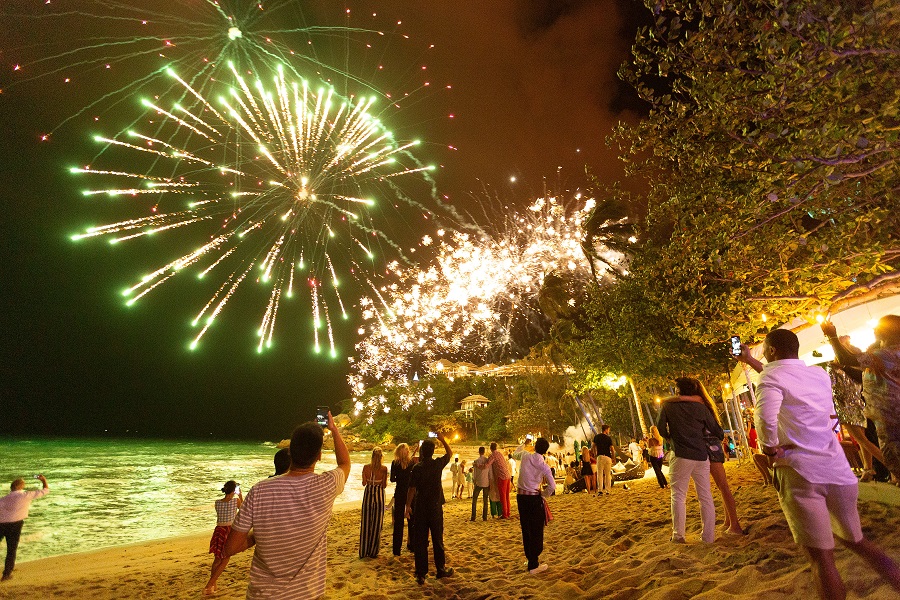 Banyan Tree Samui’s award-winning restaurant, Saffron, which is perched overlooking the resort and a gorgeous palm-fringed bay, will host a 9-Course New Year’s Gala Set Menu of fine traditional Thai cuisine on New Year’s Eve. Among the choices are: pan-fried duck liver escalope in tamarind sauce; steamed egg custard with seared foie gras; poached snowfish; black ink spaghetti and Boston Lobster; and Wagyu beef tenderloin. The evening will be accompanied by classical Thai dancers. And for those who wish to swish their hips to the beat, a “Sanctuary of the Serengeti” party will be held on the beachfront at Sands Restaurant. The Serengeti-themed event will also include a Safari Feast including sashimi and sushi; a selection of seafood such as octopus, tiger prawns, lobster, and mussels; Cordon Noir Russian Sevruga Caviar; French foie gras; and a carving station featuring lamb, prime rib of beef, and much more. Price is 16,500THB for either dining venue, including live entertainment and of course a live countdown party. For reservations +66 077 915 333 for either venue.

Ring in 2023 in Style in Vietnam’s Capital

Sofitel Legend Metropole Hanoi brings New Year’s celebrations to life with renowned French sophistication and joie de vivre. Gala dinners will be the order of the evening as the world prepares to usher in 2023. The hotel’s newly refurbished modern French fine dining restaurant Le Beaulieu will host an exclusive dinner. There will also be two signature buffet dinner seatings at Le Club, home to the hotel’s famed Afternoon Tea and evening jazz. Meanwhile, a special New Years Eve BBQ dinner will be served at “A Wonderland by Le Beaulieu,” in the redecorated Spices Garden venue with a terrace overlooking the garden and hotel pool. The Metropole will also offer a set dinner at angelina, the hotel’s cocktail bar, whisky lounge and rustic New World restaurant. Later, a countdown celebration at angelina starts at 11pm, while a separate countdown party will be held poolside at Bamboo Bar. For more information, contact +84 24 3826 6919 extension 8215

Meliá Chiang Mai will serve a buffet dinner brimming with Mediterranean delicacies at its all-day dining restaurant and host a countdown party at its new rooftop bar to mark New Year’s Eve. The ‘New Year’s Eve Lavish Buffet’ will be held at Laan Na Kitchen on Dec. 31 from 6-10pm as a live bossa nova band performs. The buffet feast’s live cooking stations include a grill station with tender cuts of steak and tiger prawns. Other highlights include craft roasted prime ribs, Moroccan spiced lamb, a ‘Khao Soi’ station and healthy Mediterranean salad bar. A magician will entertain the youngsters. The hotel’s 22nd floor Mai The Sky Bar, Chiang Mai’s tallest rooftop bar, will stage its “Sparkling New Year’s Eve Countdown Party” from 9pm until 1am replete with a line-up of DJs. The bar will serve authentic Spanish tapas and pinchos, accompanied by an extensive cocktail menu.

Two of Cambodia’s most iconic luxury hotels — Raffles Hotel Le Royal in Phnom Penh and Raffles Grand Hotel d’Angkor in Siem Reap — will ring in 2023 with a host of special celebrations. At Raffles Hotel Le Royal, the “New Year’s Eve Buffet” at Le Phnom 1929 will feature a decadent culinary spread prepared by Executive Chef Martin Becquart. The “New Year’s Eve Sturia Caviar Dinner” promises an evening of pure indulgence at Restaurant Le Royal. At The Elephant Bar, the “Saint-Tropez White Party & Countdown” will include Provençal flavors and champagne, with music from a guest DJ, while the “Oyster and Champagne Night” will feature premium oysters from Australia and Henriot Brut Souverain Champagne. At Raffles Grand Hotel d’Angkor, the “Gatsby End of the Year” party at the Poolside Terrace and Raffles Marquee will feature a 1920s theme, with live performances, guest DJs and the most-anticipated fireworks display of the year. Free-flow wine and champagne will be served. For Raffles Hotel Le Royal, contact +855 23 981 888  For Raffles Grand Hotel d’Angkor, contact +855 63 963 888

Counting Down to 2023 in Glittering Style at Krabi

Guests at Banyan Tree Krabi will gather under the stars and the moonlight on December 31st when a grand countdown party lights up the skies. Banyan Tree’s White Glittering Night Gala and Countdown Party includes a sumptuous dining experience at the 5-star resort’s The Naga Kitchen restaurant before guests are invited to move a few yards to the beachfront lawn where festivities burst into life with live music, fun games, lucky draw prizes, a local market selling souvenirs, a fire-twirling show and fireworks at midnight. Dinner will be a veritable feast of international cuisine options, including appetizers such as dill-marinated salmon, herb-marinated beef carpaccio, cold cuts, cheeses, and a host of locally inspired and Asian favorites. Entrees include crispy crab meat with pomelo salad in tamarind sauce; Japanese sashimi; tiger prawns, oysters, rock lobster and New Zealand mussels; French foie gras; Russian caviar; and a selection of premium grilled meats from the carvery, ahead of a host of delectable desserts. Price is 16,000 THB per person.

Talented artists from across Vietnam will descend on Alma Resort on Vietnam’s Cam Ranh peninsula to create artwork before the guests’ eyes from Dec. 29-31 at Alma Lounge as part of the resort’s artists-in-residence program. The artwork will be hung throughout the lounge and make for a gallery backdrop to a New Year’s Eve cocktail party underscored by a performance by the resort’s resident musicians. The merriment will continue with a New Year’s Eve buffet complemented by a live Vietnamese band at Alma Garden before the American Lounge and Bar rings in the new year with a countdown party and DJ spinning the decks. On New Year’s Day, an Instagram-worthy champagne breakfast on a floating tray will be on offer in the guests’ private pavilion pools or at one of the 12 resort pools that cascade down to Long Beach.

Countdown Party By The Beach

The Anam Cam Ranh will host a countdown party to welcome 2023 at its Beach Club, Cam Ranh’s most happening venue with a vast outdoor deck and sweeping views of Long Beach. On Dec. 31, the resort will offer a choice of an exquisite French five-course dinner with wine pairing at The Colonial or Lang Viet Restaurant and Bar’s “Mama’s Cooking” dinner buffet, whereby mothers of the staff cook timeless Vietnamese classics as if they were cooking for their own families. After dinner is served from 7-9pm, the countdown party at the Beach Club will be staged from 9pm-1am, with a selection of beverages and finger foods on offer as a DJ spins the decks. The Saigon Bar will also serve tapas and cocktails from 11am-10pm on Dec. 31, and an outdoor movie will be screened from 6pm. Visit or call +(84) 258 398 9499.

Meliá Ho Tram Beach Resort will celebrate the new year with a buffet dinner, countdown party, ‘lobster, prawn and steak’ night and activities for the kids. Anchored with a variety of fresh seafood and Asian specialties, The New Year’s Eve buffet will be served at Sasa restaurant on Dec. 31 from 6.30-11pm. A countdown party will then be staged at Breeza Beach Club and on Ho Tram beach from 11pm-2am and will feature DJ entertainment. Breeza Beach Club will host the delectable lobster, prawn and steak night on Jan. 1. Craft workshops and balloon twisting with a clown will also be on offer for the children on Dec. 31 and Jan. 1.

After Fusion Original Saigon Centre’s Miss Thu restaurant started welcoming diners this September, the hot, new destination is putting on a New Year’s Eve celebration the central fictional character that inspired the restaurant would be proud of. The indulgent multi-course special menu for the evening features caviar, Japanese scallops with black truffle, duck breast, and wagyu beef, to name a few dishes. The meal can be paired with free-flow Laurent Perrier Champagne for a total of VND 6,600,000++ (USD275). While dinner service ends by 10:30pm revelers can stay on to celebrate the clock striking midnight. 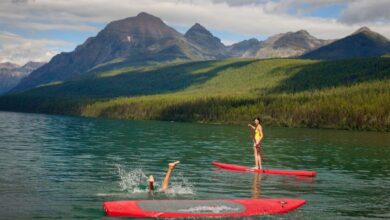 Marriott Bonvoy Brings Back Week of Wonders, Inspiring Travelers to Unleash Their Urge to Travel Like Never Before 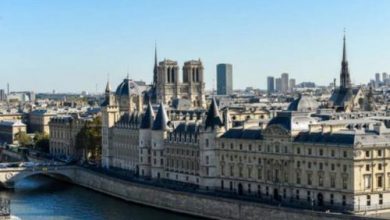 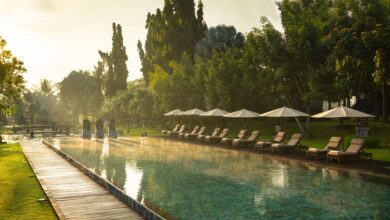 Tanah Gajah Named One of the Best Hotels in Asia 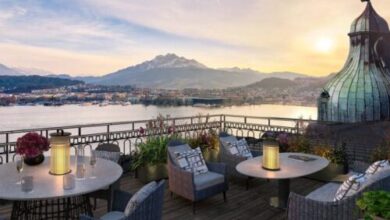